I'd never heard of Craig Morgan until I started listening to SiriusXM's "The Highway." When I heard this song I was immediately moved. But then, as life goes on, it slipped into the back of my mind.
Heard it again today. Tried to sing along, but discovered I just can't sing when I'm crying. Maybe it's because Mom's "heart of gold stopped pumping" just recently.

I hope it puts a few things in perspective for you. 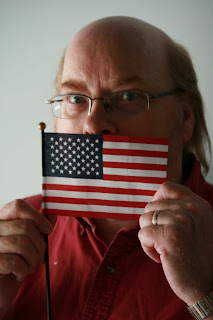 Mercy. You see what happens when I give myself permission to get enough sleep? The post goes away.

But seriously, a heavy combination of family, work, band, church, and union have had me wearing so many hats since early May I can't find the one labeled, "Musings."

And my Mom passed away about three weeks ago. I want to take a moment and thank each and every one of you who offered up prayers or kind thoughts. Dad would still welcome them, I'm sure, as he "reboots" his life and makes the adjustment to being single after 40 years of marriage.

I am afraid, however, that the post is quite likely to be more miss than hit over the rest of the summer. Starting at the end of this month, I will be away from home more than I'm in it. My band is providing the worship music for two services daily at a Christian Family Camp at the end of July, and the day after that's done I fly to Florida for a union convention ... two weeks later I once again head out for an Alaskan cruise as my father's travel buddy followed by another weekend in Chicago to celebrate my daughter's birthday.

Goodness! And I'm not even retired!! (Probably not going to receive the Employee of the Month award anytime soon....)

So I'm thinking you should expect that I'll try to post something once or twice a week, but it may be less than that ... or I could surprise everyone (myself included) and post more. Time will tell.

And for your link today, check out 20 Things You Might Not Know about the classic movie, Willy Wonka and the Chocolate Factory, which recently celebrated its 40th anniversary.

There is no such thing as a "national" holiday in the United States of America and that is just how the founding fathers wanted it. Congress has no authority to establish holidays that the 50 states are required to observe, they can merely name "federal" holidays (meaning a day off) for employees of the federal government and the District of Columbia.

It is up to the individual states to determine their own holidays. Many follow the lead of the federal government. In fact, all 50 states do recognize Independence Day as an official holiday and most private sector employers follow suit and give the day off to their non-essential employees. So, it seems like a national holiday even though it technically isn't.

States are also free to invent their own holidays. Hawaii celebrates King Kamehameha Day on June 11 to recognize the leader who united the separate islands. Schoolchildren in Illinois get the first Monday in March off to honor Casimir Pulaski, a Polish hero of the American Revolution who never set foot in the state.

Utah recognizes the arrival of Brigham Young and the other Mormons fleeing religious persecution on July 24, 1847 with Pioneer Day.

Some local governments even establish their own special holidays. Hence, Evacuation Day in Boston, which is theoretically a commemoration of some historical event but since it occurs on the day after St. Patrick's Day, is thought of by most as "sleeping-it-off" day.

The 4th of July as a holiday began before there even was a nation or federal government to speak of. Philadelphia recognized the first anniversary of the signing of the Declaration of Independence in 1777 with parades, fireworks, and other activities we still associate with the day. It was first recognized as an official holiday by Massachusetts, before the Revolutionary War had ended.

Interestingly, Congress didn't make Independence Day a federal holiday until 1870 - but it was a day without pay until 1938 when Congress decided to throw federal employees a bone and make it a paid holiday. They also established that if the 4th falls on a Saturday, the day will be observed on Friday for workers on a Mon-Fri schedule and if it falls on a Sunday, it will be observed on Monday.

WELCOME to YOUR WEEK: Have six months of 2011 gone by already? July is National Grilling Month. It's Nectarine and Garlic Month (*there's* a combination to try). Thursday is Global Forgiveness Day. And though its popularity has waned here in the States, Teddy Bear Picnic Day on this Sunday coming up apparently remains popular around the world.